Somnokid is a unique shmup/platformer hybrid in which you must construct the stage before platforming and battling on it.  Stave off your nightmares by slaying monsters, then survive on whatever ground you could build in time!

Game design by everyone involved.

The OST can be found here.

Somnokid was made in 72 hours for Ludum Dare 50 with the theme "Delay the Inevitable".

Yo this game GOATed

Ok no seriously it's actually pretty challenging, I like it!

This game is the GOAT

ffs this game is so HARD

Awwwww! A Cute Little Goat With All Of His Adventures!! Relaxing Nice Prodject😴

I love the art and the concept. I think there needs to be more feedback when you land shots on the enemies. Maybe stun them or push them back a little bit. It would make the impact feel much better and also give the player more options than just jumping over them to escape them. Overall great job! :)

Nice concept and decent follow-through. My only complaint is the fact that you don't turn around while shooting which just messes with me. However, I will admit that this could be a me problem more than the game's. Something to look into nonetheless

very good!! it can be difficult without being boring to play

great game concept and execution! I would love to see a control rebinding option though, as x and space are quite close to each other and I'd like to rebind my jump to something easier to reach.

Hi. I reviewed the game on a Turkish-speaking personal site.

Somnokid brings back feelings of playing an old Game Boy Advanced mini-game. With it's Kirby-style artwork and it's very easy and simplistic platformer/shot 'em up gameplay, this game easily brings back the nostalgia of that time.

In Somnokid, you play as a dreamy goat-owl who's trying to wake up with the light of a candle. Each level follows the same premise: in your owl form, you create platforms on a limited timer that, aside from letting you stand on them, creates health, mini platforms, and enemies to fight which increase your owl timer while in your goat form, you must shoot off waves of enemies while staying within a certain distance of a candle that lets you progress to the next level. The game allows you to fly around the screen as an owl which is useful for easily staying away from enemies released from the platforms, while the goat form gives you the standard loadout for platforming (jump, movement, wall jumping). The variety in enemies adds to the gameplay as you are kept on your toes to which enemies do what; no enemy is particularly difficult, but the longer the level lasts, the more you have to shoot down or stay away from.

There was no level in this game that I felt was difficult in terms of reaction time or enemy numbers. In all honesty, this game should give the option of a one-life per level choice because many of the levels can be completed by damage boosting through enemy damage. There are even a good number of levels that can be beaten by simply just dodging enemies as the candle timer is very charitable with how fast it refills. The controls were very intuitive as well: you have your movement, your jumping, and the gun has two types of shooting styles (tap shooting so that you can face sides easier and hold to shoot which makes your character face one side and shoot in that direction while the button is held down); using both of these styles can be crucial at times to keep enemies at bay.

*For anyone who says "honestly not being able to turn while shooting is just such a bad game design descision to make" or "why can't I turn when shooting?", please realize that you can tap to shoot as well*

All in all, Somnokid is a cute shoot 'em up that presents a moderate challenge and a good amount of nostalgia. If you do decide to play this game, keep in mind that every level can be completed in different ways, and some without any combat at all. Take it slow, try new things, and eventually you can wake up from this dream :)

honestly, it lets you shoot while moving the other way so idk

It so hard, ngl, but i can master it so now call me jedi

definitely my favourite bugulon game yet
just finished it hitless
keep it up!

Very interesting game, I really like the idea full platform and then fight. Nice work

Honestly, this has to be the weakest of the bugulon games. Some gameplay choices are just super strange and only bring frustration if anything. Like, why can't I turn when shooting? Why must so many enemies appear in such a little time frame and have such high speeds, if you don't start shooting an enemy the moment it spawns in you're done for. Oh yeah, and the attacks and enemies YOU CANT AVOID. Enemies shouldn't be able to spawn directly on the player. I love team bugulon, this is just plainly un-fun.

I really do enjoy the art style and character designs! Those I love.

what unavoidable attacks / enemies? i have watched plenty of people play the game already with no such issue

I'm going to have to disagree with you on that. most games don't allow you to turn when shooting like the archer from nobody saves the world, you can avoid the enemy's if your fast enough and have spawned the right platforms and to be honest I really liked this game I give it 4.3/5

Is this ever gonna be on web?

it's on web now i did it 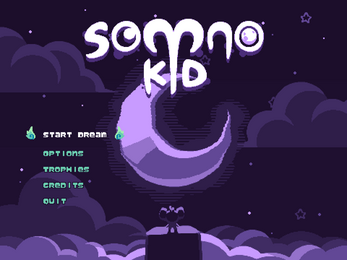 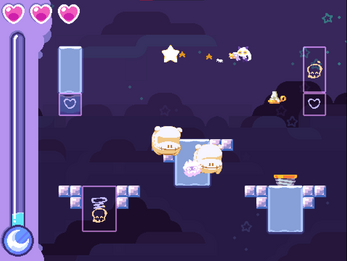 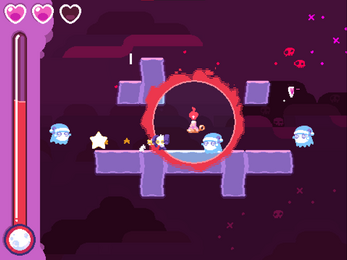 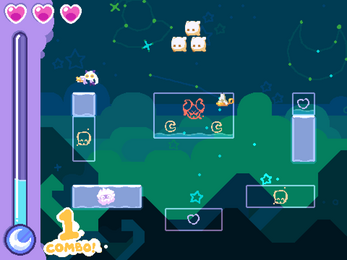